Damien Jurado’s new album What’s New, Tomboy? is out today on Mama Bird Recording co. and Loose Music. The album marks his second for the labels. Where last year’s In the Shape of a Storm stripped back everything to reveal an artist at his most intimate, What’s New Tomboy? sees Jurado stepping back into a more fleshed out sound with his voice and rhythm section at the fore. The first offering, album opener “Birds Tricked into the Trees”, has all the trappings of a Jurado classic--a beautifully woven story to lose yourself in as he pleadingly searches for some truth in earthly imperfections. On the album’s second single “Alice Hyatt”, sparse instrumental elements add a deeper poignancy to Jurado’s lyrics. As with many of Jurado’s songs, the tone is initially unclear but sits somewhere near melancholic uncertainty until the last few moments just before the final organ line chimes in and Damien cuts through the melancholy with the refrain “I was busy, being myself.”

In a recent interview for American Songwriter, Damien addresses his lyrical approach saying, “I trust whatever comes out. If I try to mess with a lyric, that’s not being truthful to me or to the listener or to creation itself. If you were a songwriter and I was a song and I’m telling you to tell Sally that tomorrow four tornadoes will hit downtown and you turn to Sally and say one tornado and possibly a rainbow will hit, you’re lying to Sally.”

Throughout his 25-year career, Damien Jurado has been chasing the ghosts of the words in his songs. He rummaged restlessly between fiction and reality. He disappeared into disembodied dreamscapes and received resplendent visions. He returned to earthbound plains estranged by a world gone more cold and callous. He sifted through fogs of the past for unblemished truths. And throughout these myriad avenues and trials, Jurado came out none the wiser. It’s the damnedest thing when you think about it: a man who can paint such intricate scenes with each line leaving his lips, still sounding completely lost. The architect of his own unsolvable puzzle.

What’s New, Tomboy? is an album that seeks respite in bare minimums and barren revelations: sometimes frail, sometimes affirming, sometimes wry, and usually a threadbare mix of all those sentiments. “When You Were Few”, for example, was written as Jurado was clearing out the bulk of his possessions. “I got rid of almost everything I owned,” he reveals. “It was almost like I had died, honestly. You know that feeling when someone dies and you have to clear out their apartment or their house? That’s what I did. It was as if I had died, even though I was still living. I donated five of my guitars to a thrift shop.”

What’s New, Tomboy? could be considered Damien Jurado’s finest collection of music to date, with songs exuding the inviting warmth of a lone porch light gleaming amidst the disorienting darkness. Though more stripped and grounded in their execution, songs like “Sandra”, “Ochoa” and “Alice Hyatt” are generous and candid in their vocabulary, eschewing the sometimes abstruse imagery of Jurado’s previous releases. “There is no hiding on these tracks.” Though What’s New, Tomboy? is the first Damien Jurado record that ends with a question mark, he has never sounded more assured and content in giving up his ghosts: “I’m only living sentences // That were long before I got here.” 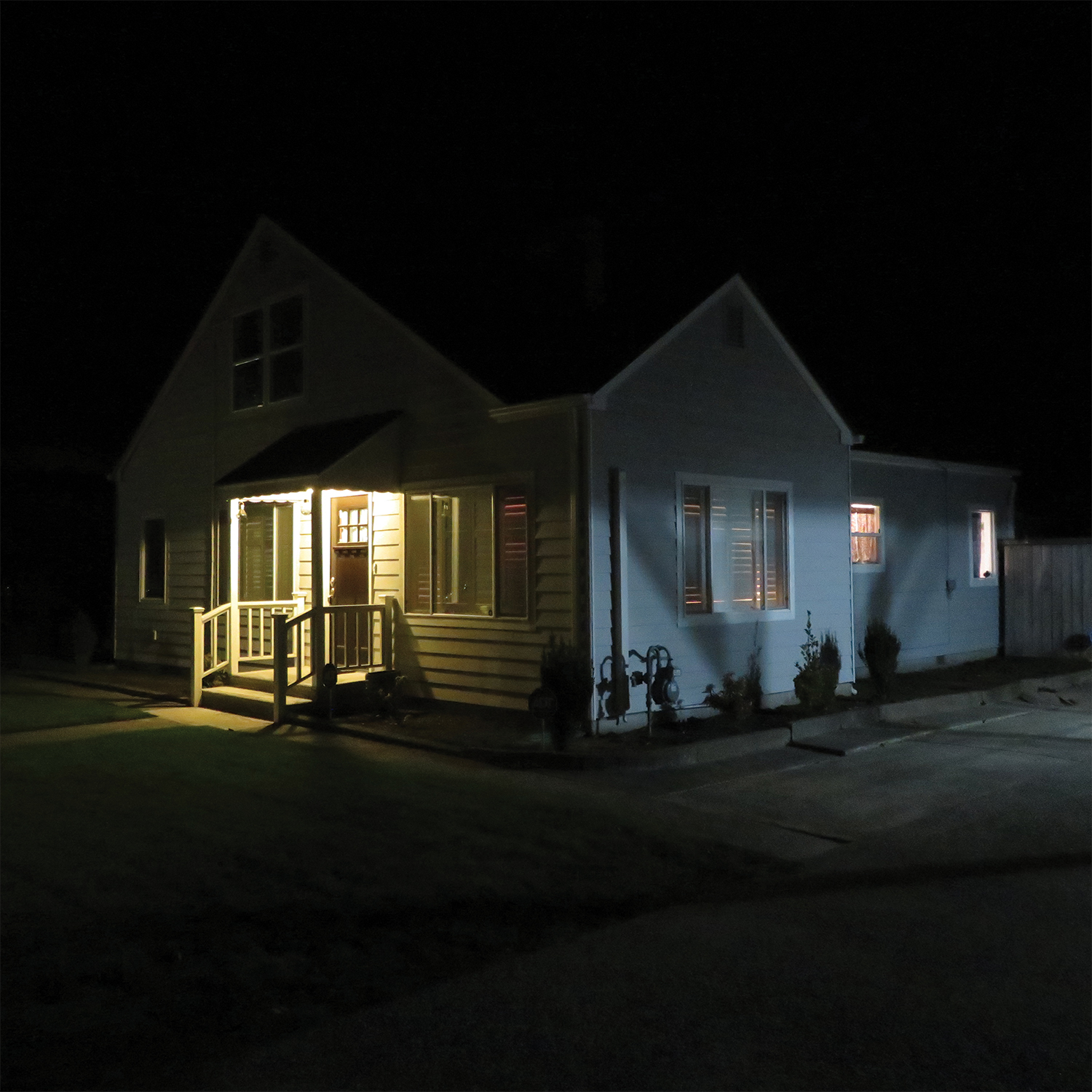 What's New, Tomboy? is out today!